Blundellsands is Blunderland for Labour 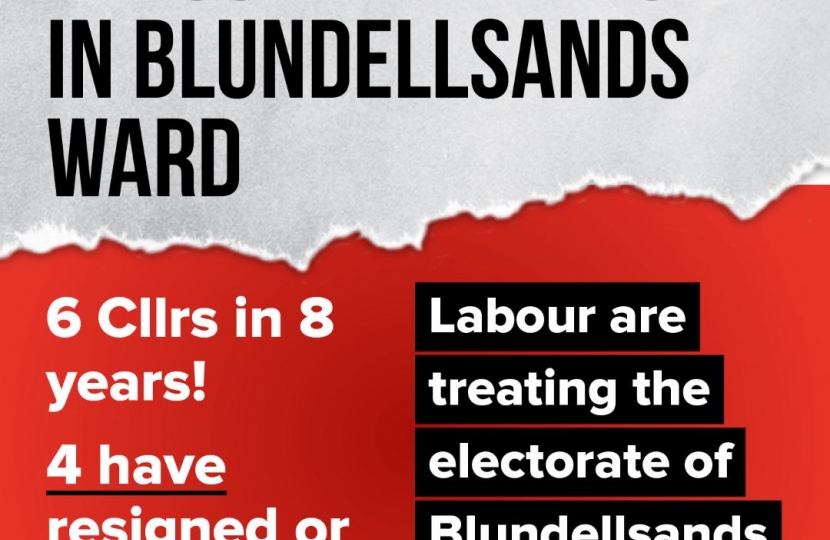 The resignation of Blundellsands Labour councillor Samantha Marshall is but the latest incident in a long line of her Party’s insults to voters in Blundellsands Ward, stretching back for the most part of a decade.Since 2012, Labour has inflicted no fewer than six councillors on the very area that produces a massive seven million pounds towards the Sefton MBC budget - the highest single ward council tax contribution within the entire authority.

And during the past eight years, four of those Labour councillors have either resigned or stood down from office.

While talk of internal strife within local Labour is rife - perhaps they instinctively sense that they have passed their sell-by date? - their actions are nothing short of an insult to voters.

Labour’s lack of tenacity and commitment is making them an irrelevance.

Martyn Barber, Blundellsands Conservative candidate for the May 2021 Sefton MBC elections, says: “They are treating the electorate with contempt as their local organisation continues to implode. Blundellsands residents will not stand by as their ward is used as some sort of training camp for here today, gone tomorrow political opportunists who have become unworthy representatives, even of those misguided enough to vote for them in the first place.”