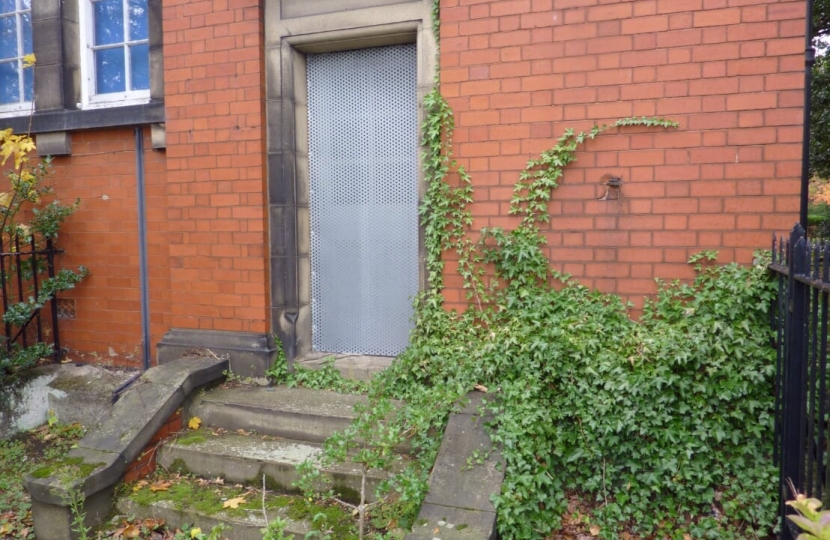 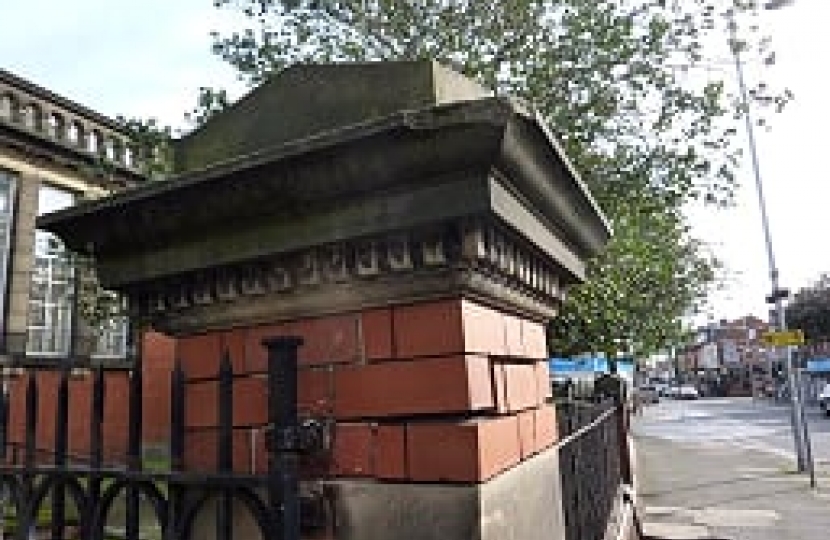 In December 2013 Sefton’s Labour Council closed the doors on this historic building which had served the public for over a century.

Maintenance of the building stopped and the Council’s neglect allowed gutters to become blocked and rainwater to permeate through the building causing severe dry, decaying fine items of joinery and destroying plasterwork.

After several unsuccessful attempts to find a tenant the Council invited expressions of interest in September 2019, with responses submitted in November 2019.

Interested parties were required to submit expressions of interest based on a 99 year lease, provide full details of their proposals, evidence of funding in place to carry out the works, details of capital investment, and a suitable business plan with financial data.

Only one response was received, from Cunard Construction Ltd, a Liverpool-based contractor.

Cunard’s proposals to the Council suggested they would convert the building into a business hub, community café and use the premises as their own headquarters. They would also offer the Council a premium of £25,000.

Despite having only one response, the Council took 7 months before producing a report on 3rd June 2020 recommending that a lease be granted to Cunard Construction. The report authorised the contractor to carry out urgent remedial works at their own risk in advance of a Building Agreement and Lease being completed.

Cunard Construction Ltd started clearing out some debris from within the building and the grounds. They also commissioned their own condition survey which revealed that works to eradicate the dry rot would cost over £30,000 – considerably more than they had expected and more than the Council’s own survey had suggested.

As a result of these additional costs the Council agreed in an Issues Paper on 12th August 2020 to amend the terms of the Building Agreement and Lease, including waiving the £25,000 premium which had been offered by Cunard Construction within the tender.

The Issues Paper, shown below, also noted that the lease would be taken in the name of Cunard Living Ltd, a newly formed subsidiary of Cunard Construction Ltd.

It is not permissible to carry out works to a Listed Building without first having secured Listed Building Consent from the local planning authority but to date no such application has been made and there has been no application published for a change of use. All works on site appear stopped before Christmas.

As no lease has been signed, the building remains the Council’s responsibility.

• Therefore what steps is the Council taking to secure this building and prevent further deterioration of this historic Listed Building?

• What plans do the Council and the developer have to carry out community consultation regarding the building’s future use?

• As a business plan was required as part of the response to the Expression of Interest why have the proposals for the use of the building not been published?

• When can we anticipate an application for Listed Building consent and a Change of Use for the building?

One might reasonably have expected all these issues would have been resolved by the Council in the 7 months from November 2019 and June 2020 when Cunard Construction Ltd were accepted as the Council’s preferred tenant.