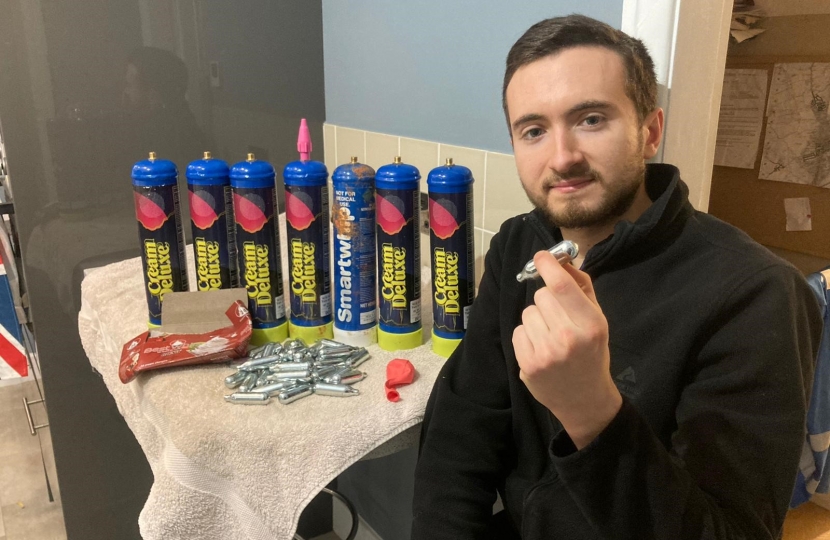 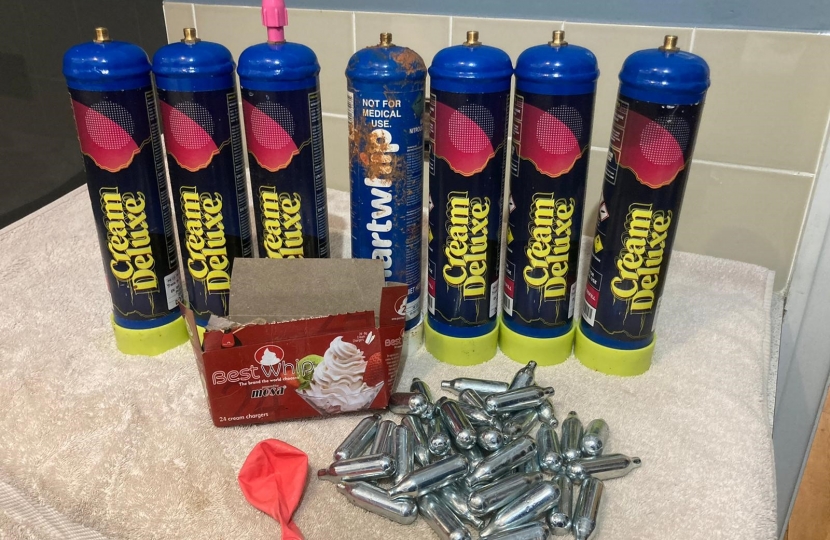 Over recent months I have noticed small gas canisters whilst litter picking around Maghull. Other members of the public share this concern. I finally decided to highlight this issue when I discovered to my dismay 7 large nitrous oxide canisters and hundreds of smaller ones outside Maghull North Train station.

Nitrous Oxide is used in production of whipped cream and is also commonly known as laughing gas. The recreation use of the gas is illegal. The gas is known to leave the user feeling giggly, lightheaded, dizzy and sometimes lightheaded, this is caused by cutting the amount of Oxygen the brain receives. Which in large quantities can be potentially fatal.

After investigation I saw that the canisters were being sold in “discreet” packaging with no age checks.

I have a duty to inform parents of this issue as it is my concern to safeguard as many young people from this epidemic as possible.

So, Cllr Ken Hughes, Matthew Lock and myself, together with a group of the litter picking volunteers, decided to create an information leaflet to be distributed to the Poppy Fields estate in Maghull, where the epidemic seems to be the most prolific. I was pleased that some residents got in contact and thanked us for the information leaflet, saying they would keep a more vigilant eye surrounding the issue.

With this recent success I aim to further highlight this campaign and distribute more information leaflets, as I run to become Sudell Wards next Borough Councillor. As a Borough Councillor I would be able to have a better impact on highlighting and preventing this issue further, as I am distressed about the lack of concern Labour and Independent Councillors have, preferring to sit on their hands and remain silent.

Young people’s lives are at stake, I aim to do all within my power to stop this happening. But as a Borough Councillor I could do so much more about the Nitrous Oxide epidemic and other issues in our local community.