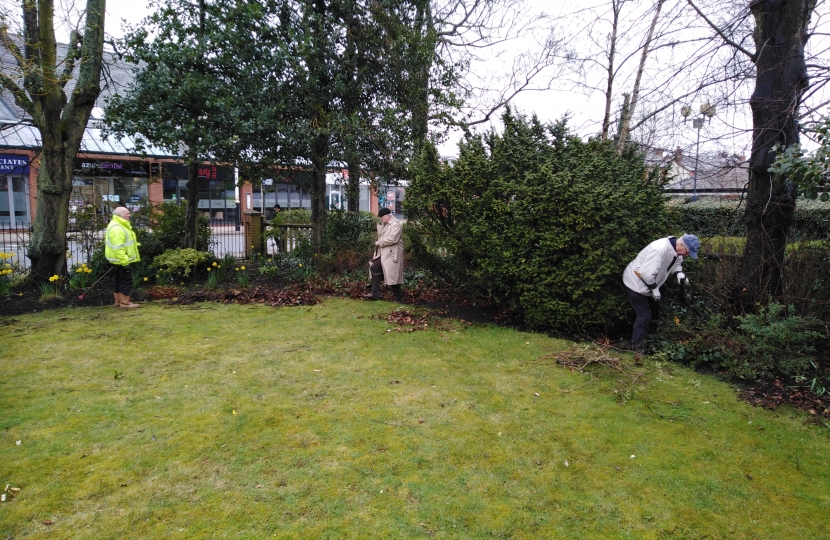 FORMBY’S Memorial Garden is a haven of tranquility in the village, used daily by residents and visitors alike.

But exactly who is responsible for its appearance and upkeep has become an increasingly thorny (sic) problem.

Technically, it is in the trusteeship of Sefton’s neglectful Labour council. Green Sefton, one of the authority’s extended environmental limbs, has been known to periodically remove litter and carry out the odd tidying process. But so infrequently that problems multiply rather than decrease.

Last Remembrance Day the garden was in a sorry state. The contract is up for renewal in October, and the Parish Council, with its Frag majority, has expressed a nominal interest in taking over the trusteeship.

There is also the matter of putting the maintenance contract out to independent tender.

Meantime, while all the chatter and talk has been to-ing and fro-ing the grass, weeds and shrubs have been growing unchecked. So much so that Formby Conservatives and their team of volunteers, finally decided that something must be done without further delay.

Their subsequent actions are now speaking far louder than words. Thus, the Conservative ‘Land Army’ - responsible for the clearing of many other neglected council sites in the vicinity - has so far undertaken three visits to restore the Memorial Garden and demonstrate the respect it deserves.

This programme of maintenance will now continue. Proof, yet again, that the REAL hands-on Formby Residents’ Action Group is not Frag, but the Conservatives.