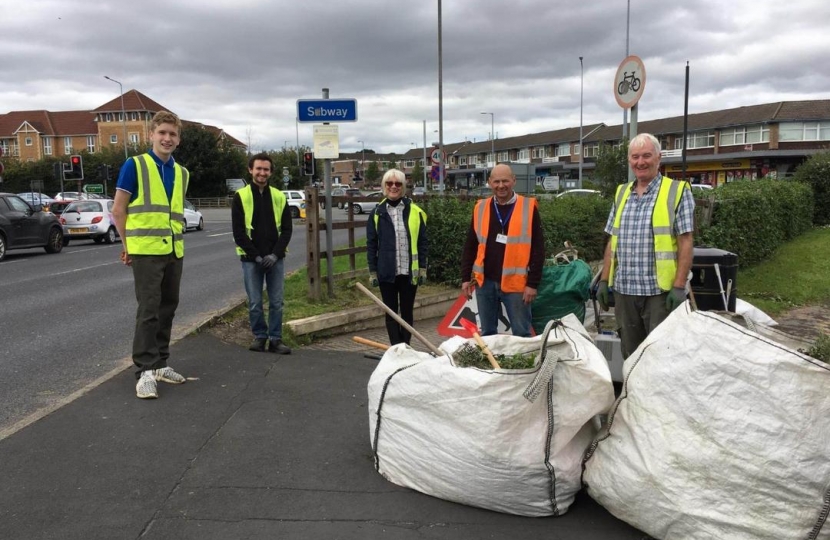 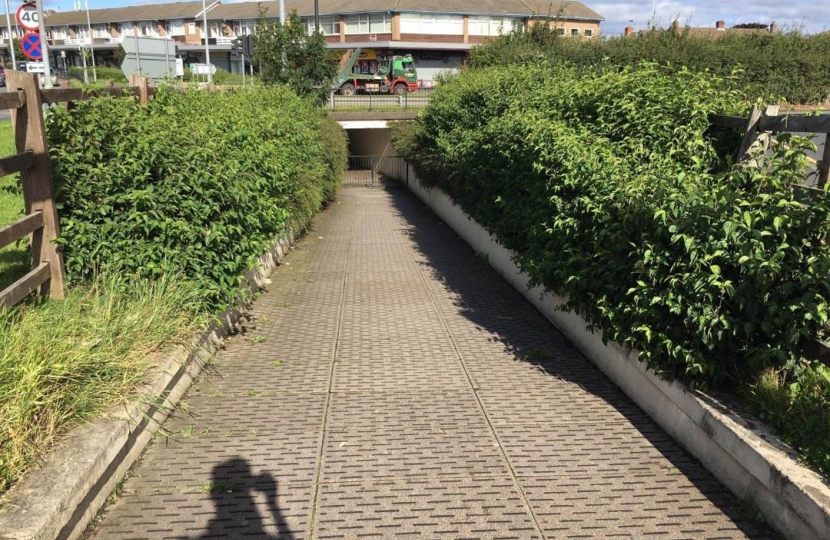 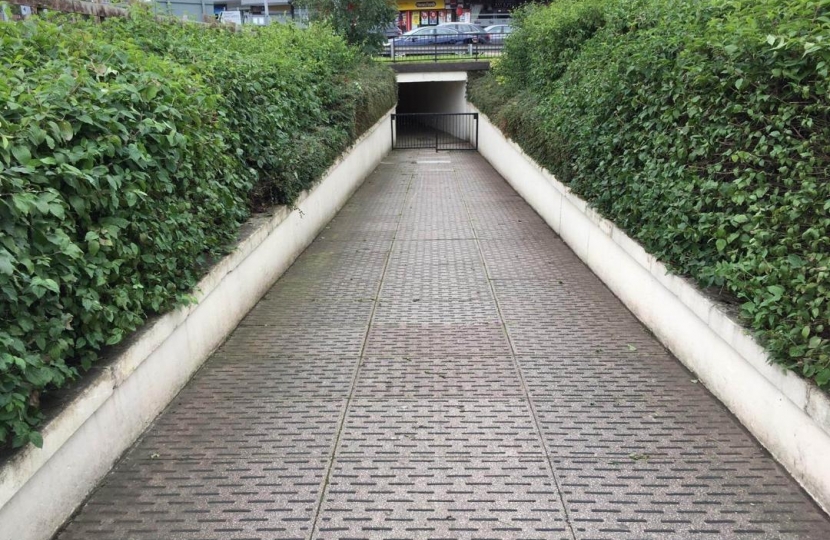 Local Conservatives and other community activists have reached out to the Champion about the Maghull underpass between Eastway and Westway opposite the square. Maghull Town Cllr Tom Hughes says: "For years, the A59 subway has been maintained to an inadequate state and has been virtually abandoned by Sefton Council, whether that be the overgrown hedges, graffiti, litter and how unsafe people are feeling whilst walking through it. As a Maghull resident for the entirety of my life it has been disappointing to see very little from Sefton council and that local residents have had to take up the cause independently by taking matters in to their own hands by volunteering to maintain the underpass".

Maghull Town Councillors Tom and Ken Hughes, Chair of Sefton Central Young Conservatives Matthew Lock and Conservative Borough Cllr Denise Dutton,along with local resident Brian Morton who shares our strong passion for the upkeep of the area took up the cause last weekend by trimming the hedges on both sides of the subway, litter picking in the subway and surrounding areas and brushing up debris They are now calling on volunteers to help with other grot spots that need attention.

Town Cllr Tom Hughes says “The subway has been abandoned for years and after receiving multiple complaints from residents about the inaction from Sefton council, myself and other volunteers felt it was our duty to keep a small but vital part of our town looking positive. There was a litter picker who attended to the underpass, but they went about 18 months ago and was never replaced. YC Chair Matthew Lock says “ Younger residents have expressed concern about safety too, with the hedges overgrown it was dark and dingy. Now it’s fresh and light. When the subway is scruffy it makes shops look uninviting in a time local shops need supporting more than ever.”

We were pleased to have such as positive response from passers-by whilst working. So let us residents of Maghull work together work together for the better of our community to volunteer and notify us of any areas of any grot spots across the borough, please get in touch via email at: crosbytories@aol.com or by mobile on 07845711405.