More agricultural land to be lost in Sefton? 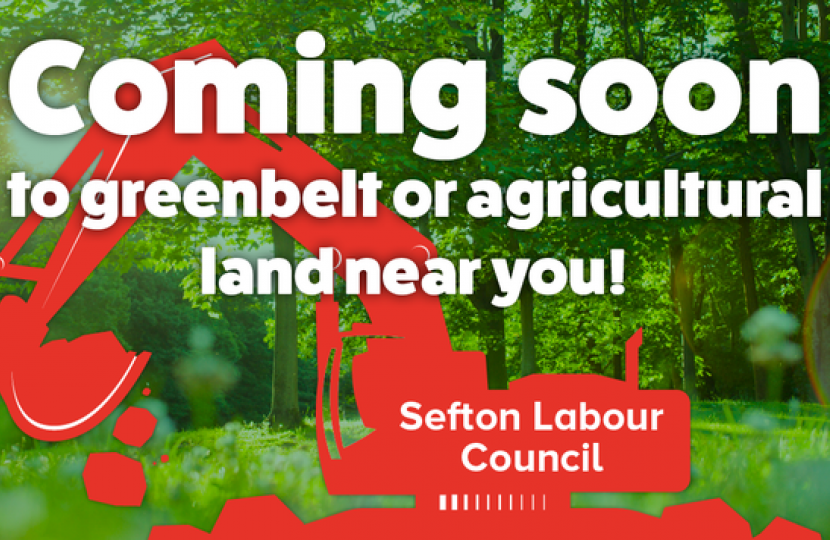 A planning application has been submitted to build 206 houses on land off Holgate, Thornton, adjacent to Thornton Garden of Rest. The development site would extend northwards ay the A5758 Brooms Cross Road and westwards to the A565 Parkview.

The applicant has noted that “the majority of the site comprises greenfield land”, the only exception being the Orchard Farm which is shown on maps dating from 1845. The farmhouse still appears to retain many of its original features and character and is within a setting appropriate to its 19th century construction.

All this is planned to be swept away and replaced by roads and houses.

The sole access to the site is proposed to be onto the A565 Parkview, just south of the Brooms Cross Roundabout, which already experiences severe traffic congestion at peak times.

Sefton Central Conservatives are again outraged by the potential loss of our precious farmland, which is becoming increasingly important not only for agriculture but as an environmental resource and wildlife habitat.

Whilst the ultimate decision on this application rests with the Council’s Planning Committee we must not forget that it is this Labour Council which prepared the Local Plan which it then adopted in 2017.

It is a statutory requirement for local authorities to prepare a local plan setting out its likely needs for housing, schools, shops and industry.

Sefton’s Labour Council adopted a very simple solution to its housing needs by designating great swathes of agricultural land for housing, regardless of the impact that had on local communities or whether there were sufficient facilities such as schools, doctors or other facilities to support the new housing.

This particular site was earmarked by the Council in the Local Plan as a site for 220 houses. Of further concern is that an adjacent site, between Southport Road and the A565 north of Brooms Cross Roundabout is also designated for housing so do not be surprised to see an application shortly for that site.

It is very clear that this Labour Council cares little about safeguarding our precious and irreplaceable green belt land and our local heritage. Instead it encourages developers to press ahead with a policy of housebuilding with no regard to the impact on the local community.

We accept that housing needs must be met. But there are considerable areas of vacant brownfield sites across Sefton Central, including appreciable parts of Crosby Village. These should be designated for housing before encroaching into our unique greenbelt agricultural heritage. However, recent planning applications for housing on such brownfield sites in Crosby and also in Bootle have been rejected by your Labour Councillors in favour of building on farmland.