A NEW LIBRARY FOR CROSBY VILLAGE? 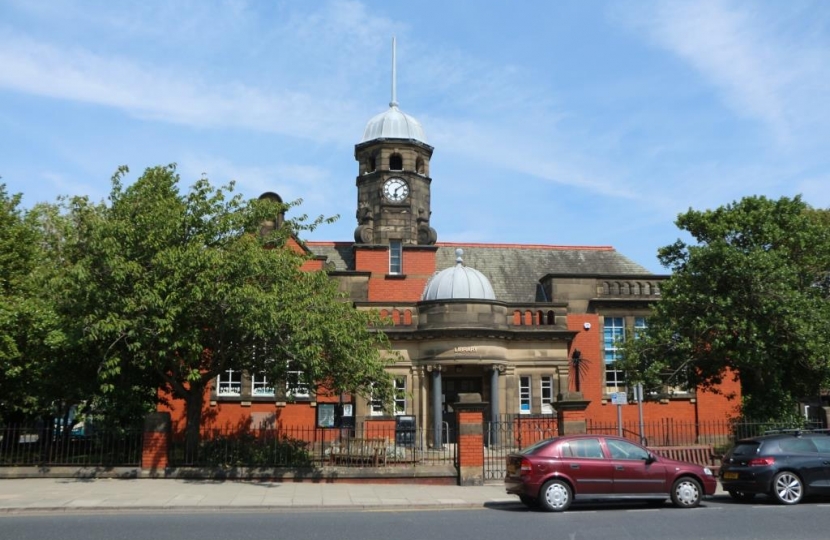 Sefton’s Labour Council have produced an Economic Strategy Recovery Plan which is being discussed at Overview & Scrutiny Committee on 9th March.

The Strategy lists a variety of projects which the Council hope will rejuvenate and bring new prosperity across Sefton.

Amongst the proposals is a fascinating proposal for Crosby Village, which states:

Crosby improvements will be made to town centre access and transport, with new developments including a new Library (also including Community Health and Wellbeing Hub), residential development, innovation and co-working space and a focus on Digital and Tech business, and new leisure and infrastructure investment supporting the coastal gateway.

How curious, that seven years after closing Crosby’s Carnegie Library and leaving the Grade II listed building left to rot, the Council now intends to bring a new Library to Crosby.

In May 2013, the Council conducted a library review and concluded that only one library was sustainable for the Crosby/Waterloo area.

• Has the Council decided it made the wrong decision in closing Carnegie Library and instead plans to close Waterloo Library?

These are ideas the Conservatives have been advocating for several years.

Commenting Martyn Barber Conservative candidate for Blundellsands Ward and Association Chairman said: "As ever, the Labour Council’s proposals are thin on detail. They provide no indication of funding for the buildings. They have not indicated where such buildings could be built."

"Do not be deceived. These ideas are no more than Labour’s wish-list and until they are backed up by facts and finance will remain dreams which will evaporate by the morning. Beware pre-election promises from Sefton Labour Council, they've shown no interest in Crosby Village since they took control of the council in 2012".