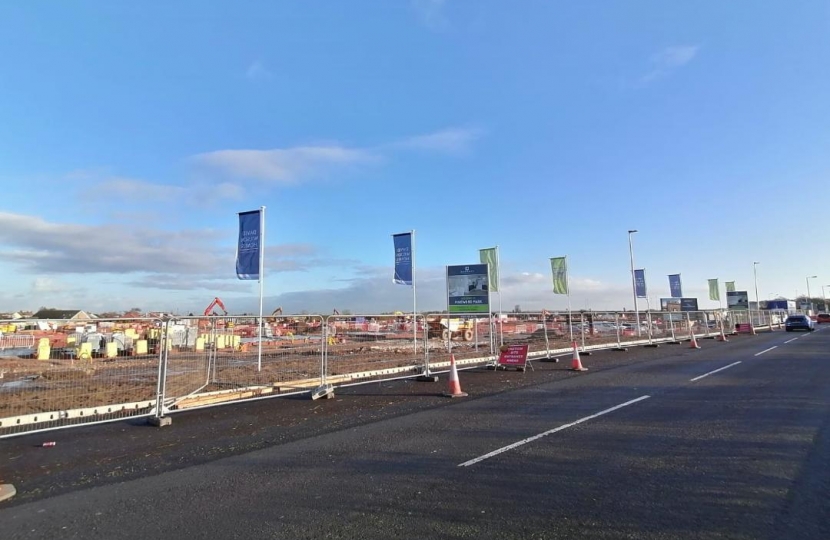 Sefton Council, as Planning Authority, is entitled to negotiate agreements for certain large-scale developments, especially new housing, under what are termed Section 106 Agreements.

S106 contributions can either be provided on-site, for example through the provision of affordable housing, or off-site in the form of financial payments.

The value of these contributions can be appreciable. For example, in the new housing development comprising 183 houses on former agricultural land at Runnels Lane, Thornton, the Council has obtained £2,129 for each dwelling to contribute towards primary school improvements in the locality. They have also obtained over £100,000 for a new roundabout on Lydiate Lane, £10,000 for improvements around Buckley Hill and almost £89,000 for the provision of open space.

Likewise, the proposed development of the Lydiate Lane site for 268 houses will also generate over £100,000 towards the new Lydiate Lane roundabout, £10,000 for Buckley Hill improvements and £2,219 per dwelling for primary school improvements.

The Council is obliged to prepare an Annual Infrastructure Funding Statement showing how much has been obtained from developments and how much has been spent. Sefton Council has just released their report which contains several interesting facts and figures.

During 2019/20 the Council signed Section 106 agreements that would, if realised, secure £2.2 million towards a range of infrastructure, including primary education, playing pitches, open space, mitigation measures to offset visitor impact on coast and highways.

• During 2019/20 the Council signed Section 106 agreements that would, if realised, secure 191 on-site affordable homes

• During 2019/20 the Council received £309,253.64 in financial contributions through Section 106 agreements towards local infrastructure

• The Council retains £3,668,556.54 of Section 106 monies received prior to 2019/20 for local infrastructure. Whilst not allocated to specific projects, this money is required to be spent in accordance with the type of infrastructure and location as specified in the Section 106 agreement (e.g. primary education in the Maghull area). This budget also includes £379,000 towards the provision of affordable housing. Whilst a specific scheme has not been chosen to spend this money on, it must only be spent on affordable housing. In this respect ‘unallocated’ or ‘unassigned’ does not mean available for general infrastructure provision.

“Whilst it is commendable that during 2019/2020 the Council has spent £1,033,856 of the S106 funding it is alarming that the Council is sitting on £3.668m of funding from previous years which should be used to benefit the local community.

Likewise, when there is a pressing need for affordable homes, this Council has not identified a project on which to spend its allocation of £379,000, despite having recently set up a housing company.

The Council is also sitting on £403,170 of funding for trees, open spaces and environmental works. One wonders where these trees will be planted, and when, and what consultation will take place with local residents. Tree planting will help alleviate some of the flooding problems we have seen and also contribute to cleaning the air.

From the figures provided by the Council it is easy to see the attraction in granting planning consent for housing development on green-belt agricultural land and the amount of S106 contributions which can be levied on the developers.

It is however deeply worrying that even when it is provided with appreciable funds to help improve the environment this Labour Council is unable to spend that money on the communities which are most affected by the developments.“

Details of the Council’s Annual Infrastructure Funding Statement can be found at: