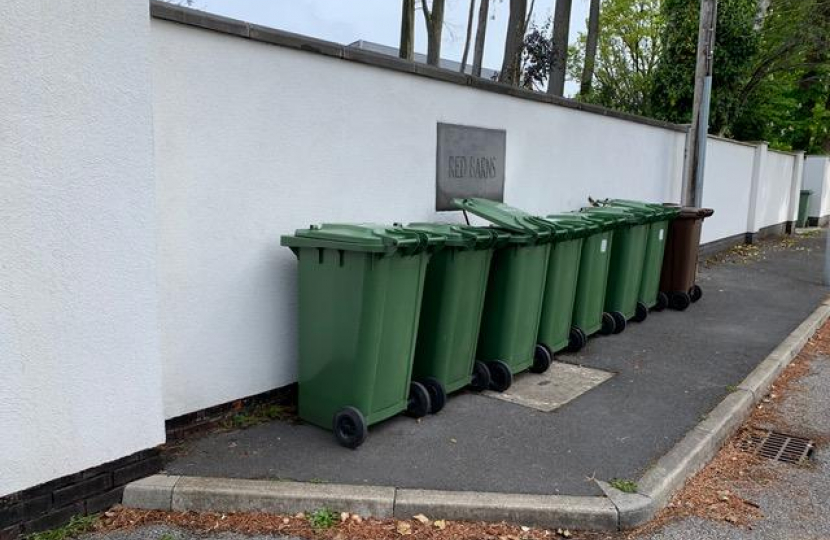 We are left to assume (sympathetically) that this might be due to the still worrying levels of Covid infection.

Some media outlets have swallowed this excuse hook, line and sinker, and merely reproduced the council statement.

What they haven’t revealed is the massive staff dissatisfaction with changes in the hierarchy of the bin service.

No-one has questioned whether the “sickness” figures are related to this, to, in effect, result in an unofficial work to rule or go-slow. As a result, thousands of residents are now experiencing green bin collections which are three weeks overdue.

Brown bin collections have also been adversely affected. So much so that at one residential block, with 42 apartments of mainly elderly people, folk were having to store bags of cardboard and glass in their rooms.

In Harington Ward, Formby, it took direct action by Conservative councillor Joe Riley to get this particular instance sorted.. The brown bins, full to overflowing, were then collected the next day.

This is but one example of the now widespread ineptitude affecting the bin service throughout the entire borough.

In theory, it shouldn’t be impossible to get the message of public anger across at the highest level.

After all, council leader Ian Maher, his wife Christine, and their daughter Trish Hardy are all council members. You’d think someone might have mentioned it over afternoon tea!