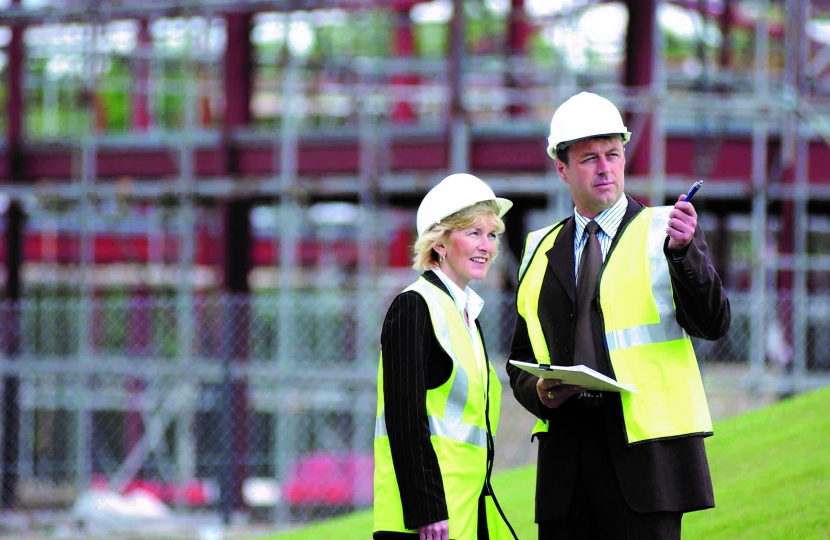 In February 2021 we highlighted the background to Sefton Council’s decision to set up an arms-length housing company called Sandway Homes Limited.

The company was registered in October 2018 with the intention to deliver “good quality, distinctive homes to the borough of Sefton”. The homes were to be built on land owned by Sefton Council which had been vacant and neglected for many years and would be sold to private purchasers.

Sefton Council is not unique in pursuing such a venture in order to boost the housing stock in its area and potentially raise revenue from the profits of such companies.

It is interesting to compare the performance of these three housing companies from accounts lodged with Companies House, as at 31 March 2020.

Each of these arms-length organisations are provided by their respective Councils with debt facilities, similar to overdrafts or mortgages. This effectively offers the companies money from local taxpayers to support the businesses with their cash-flow and if they became loss-making.

Liverpool Foundation Homes is now being wound down, following criticism from the Best Value Commissioners, led by Max Caller in March 2021, having built only 18 houses in 2 years.

Mr Caller’s report said: “Had LFH continued in its current form, the accumulation of LCC funded debt based on highly marginal schemes, not forecast to come good for many years, would have presented major problems”.

So let’s look at Sandway’s performance by comparison.

Their business plan in September 2020 showed that they intended to build 48 houses in Meadows Lane Ainsdale, 30 in Barton Close, Crossens, and 70 in Buckley Hill, Netherton. These were planned for completion in May 2022, April 2022 and April 2023 respectively.

In other words, Sandway would not complete their first sales until 3.5 years after the company began.

However, in a report to Cabinet on 7th October 2021, Sandway are now reporting that this programme has slipped and the sale of homes at Meadows Lane will now not be complete until March 2023, those at Barton Close by November 2022, and Buckley Hill has been delayed until March 2025.

In short, Sandway Homes Limited will have taken 4 years to complete the sale of its first homes.

The reason for this delay is given as covid and problems with the supply of timber.

The large scale conventional private sector housebuilders are likely to have been affected by the same market forces, yet their progress is evident across Sefton, albeit much of it on greenbelt and agricultural land, much to the disgust of local Conservatives. However, major construction sites are in full swing in Thornton and Formby where houses have been built and occupied in the time Sandway has been developing its business plan.

We have to ask ourselves who runs Sefton’s housing company and what skills to they have?

Until March 2021 the position of Managing Director and of Finance Director were held by staff seconded from the Council. (This is the same Labour Council who maintain they have staff shortages and at times struggle to deliver their core services). Companies House also shows that one of the Blundellsands Ward Councillors was a Board Member of Sandway Homes Limited until July 2021 when she resigned. Another Board Member gives his address as Gold Coast Yacht and Country Club in Hong Kong.

But does this matter to the residents and taxpayers of Sefton? It certainly does!

When Sandway Homes Ltd was established in October 2021, run by its seconded Council Officers, there was clearly some concern about its cash-flow in the early years. Naturally, such ventures are expensive to establish, sites have to be acquired, the homes have to be designed, building contractors have to be appointed, materials purchased, estate agents and solicitors engaged.

Cabinet are now being informed that the original business plan omitted to include a budget for several of these items and a hence a new contingency fund is being drawn up.

Sefton’s Labour Council had previously approved a debt facility of £5.1m to Sandway Homes Limited to help with cash-flow.

Cabinet are now being told that the Company set up / overheads and construction payments to 31 August 2021 are £3.9m and the remaining headroom of £1.2m is insufficient to process payments for contractual construction works before sales income will be received.

Cabinet is therefore being asked to approve an increased debt facility of £8.3m which would reach its peak at March 2022.

The Council were previously advised that it would be in receipt of a dividend and capital receipt (for the sale of its land) in financial year 2022/23. Due to the issues mentioned above, without any changes to the approach to construction this would be delayed until March 2025 with the capital receipt being received in March 2024.

In other words, financial contributions to this company by Sefton’s residents are being put at risk by this newly formed company which will not complete the sales of its first new houses until November 2022. If this date slips further or the sale of the homes fail to reach the anticipated levels then the Council’s financial exposure is put further at risk, along with the £8.3m debt facility.

Yet again, we see this Labour Council embarking on an ill-considered commercial venture, seconding Officers without relevant expertise in the housing market and requiring an ever-increasing level of financial support from the council taxpayers.

The Labour Councillors have clearly not learnt from their experiences with Bootle Strand, Crosby Leisure and Activity Centre or the Southport Theatre complex, that they are not competent and cannot be trusted to manage commercial ventures.

These schemes are a distraction from the Council’s core purpose, diverting scarce staff resources and finances into projects which are not adequately planned and for which the risks are not properly evaluated. This local Labour Group is clearly following the example of their national party in squandering public funds, in the hope that someone else will bail them out.

Frankly, Sefton’s residents have had enough of supporting such ventures.

Details of the report to Cabinet can be found via the link below: