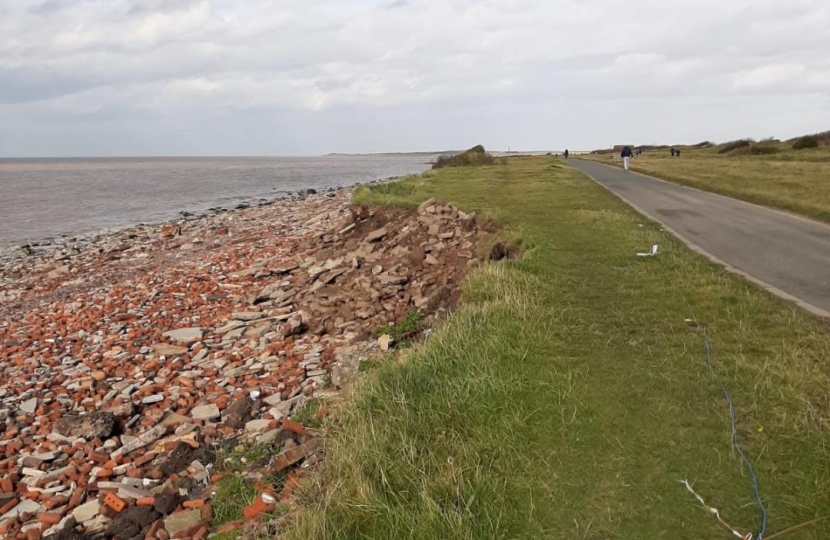 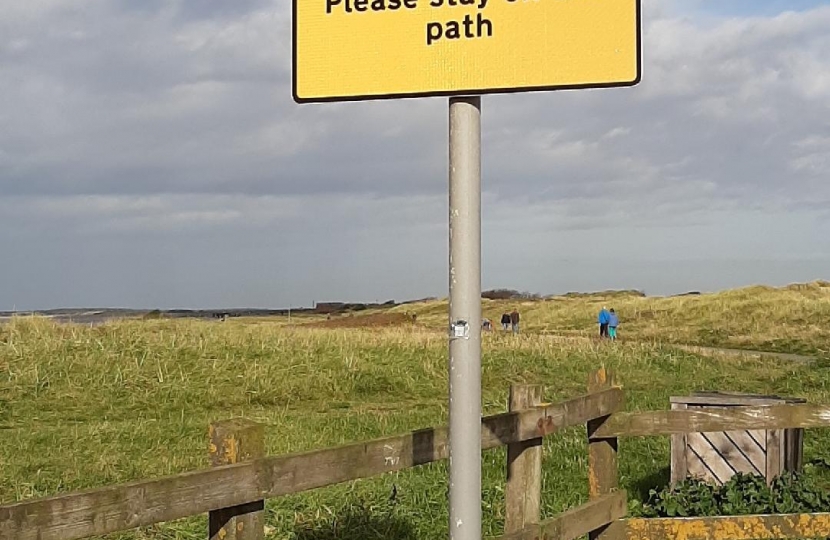 In August 2019 “The Champion” newspaper published an article highlighting the erosion of our coastline and the need for major reconstruction of the sea defences. The same article mentioned that there were 2,584 houses at risk of flooding in the Blundellsands/Crosby Area.

On 3rd November 2020, the Council’s Overview & Scrutiny (Regeneration & Skills) Committee received an updated report on the current situation regarding the coast and flooding.

The Report highlights the incidents of flooding during the last 12 months, especially during the heavy rainfall in August this year. It quotes:

Initial indications would suggest that the volume of rainfall exceeded the capacity of the systems in many areas as the floodwater drained away after the rain had stopped. The system will have been designed to cope with the expected flows when the development was constructed, however, with urban creep including paving of driveways, extension and conservatories the area of impermeable surface has increased leading to more runoff going into the system.

In short, the original sewer systems have not been upgraded to cope with the additional developments which this Council has permitted to take place in the area, particularly building on former greenbelt land.

Regrettably there are no detailed plans showing how the Council and its partners in United Utilities plan to address this urgent matter. In fact, the report continues by stating:

We are incredibly stretched as a service for the flood risk that we face as a borough with 1 in 7 homes being at risk, one of the highest risk boroughs in the county to surface water flooding due to our low-lying nature. The knock-on consequences of being unable to maintain our assets such as sea walls, watercourses and culverts due to lack of resource will see major consequences to people, place and productivity locally and regionally. With increasing sea levels, storms and rainfall due to climate change we are seeing increasing costs associated with flood or coastal erosion incidents.

Last year to a report by the Council’s consultants described the challenges facing the continuing erosion of Crosby’s coast, particularly between the Coastguard Station and Formby Point.

The UU (United Utilities) rising main runs along the Crosby coastal frontage, underneath the existing promenade and coastal frontage for approximately 2km, and is therefore at risk from coastal erosion if the existing structures were to be undermined. The winter storms in 2013/14 caused significant coastal retreat of the beach north of Crosby coastguard station and highlighted the vulnerability of this asset from coastal erosion. Without adequate protection to the MEPAS pipeline and rising main, future storm events could result in damage to the outfall and rising main, causing an uncontrolled discharge of untreated effluent onto the beach and/or sand dune habitat which is immediately adjacent to the outfall. Investment in both surface water flood risk management and coastal erosion control is therefore vital in order to manage any future risks from pluvial flooding and coastal erosion.

In addition to the risks to the massive sewer which runs along the coastline, the local press has previously reported risks of asbestos waste being exposed from old demolition rubble due to tidal erosion along the coast.

There have also been reports on Facebook by HM Coastguard alerting walkers of the dangers of straying from the designated pathways.

Sefton Council noted in October 2020 in its Forward Plan that they were developing a business case in partnership with United Utilities and the Environment Agency to secure funding (£15-£20M) to undertake a scheme in Crosby to reduce risks associated with coastal change and surface water flooding. The preferred scenarios and funding options were to be presented to Cabinet in December 2020 for approval. (The business plan was previously intended to be presented in October 2019, so is already 12 months overdue).

This week’s report to Scrutiny Committee now states that:

The Project is failing to progress due to shortfall in funding. United Utilities’s currently offered contribution does not cover the funding gap as significantly as we had expected given the risk to their assets. Informal Cabinet have agreed for officers to open discussions on the amount of funding offered by them so far, as it is felt more should be contributed by them. Recommend bird surveys restart and seek further potential sources of funding such as the Environment Agency innovation and resilience £200million funding pot due to be open for bids in the Autumn.

Our Sefton coastline is a major attraction and urgently requires protection. The Council has a statutory obligation as a Lead Local Flood Risk Authority, to carry out its flood risk management functions and coastal erosion risk management functions. The need for a strategy and funding to safeguard our coast and to protect our houses and businesses from flooding is long overdue.

Martyn Barber, prospective Conservative candidate for Blundellsands Ward said “It is particularly worrying that the urgent business case referred to in the Council’s Forward Plan seems to have been abandoned. Meanwhile we witness the damage and disruption to our coastline and drainage systems with winter storms and climate change. Whilst covid has disrupted activities it is alarming that after many years of discussions Sefton Council has made no progress with its coastal strategy. The responsibility is shared between the Council, United Utilities and the Environment Agency but it is the duty of this Council to coordinate the various agencies to safeguard our coastline and reduce flood risk to our homes. Action is needed urgently and we look to our Council to provide a sustainable solution without further delay.”