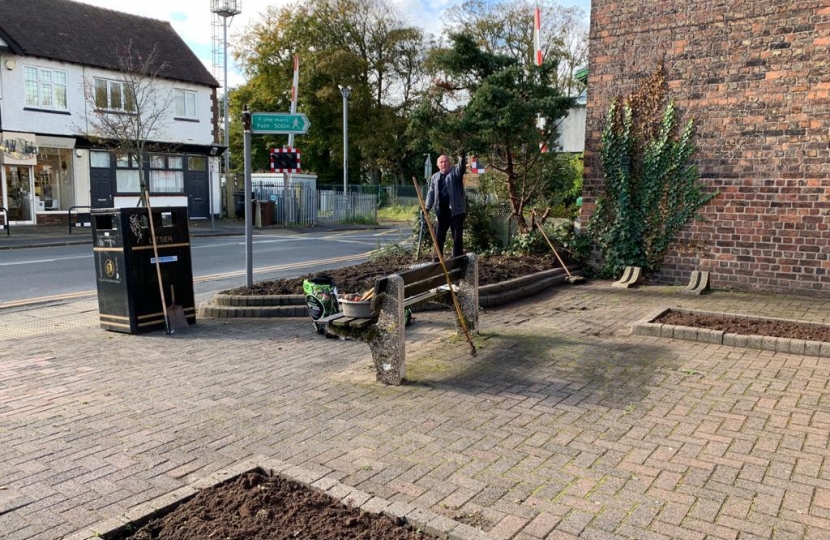 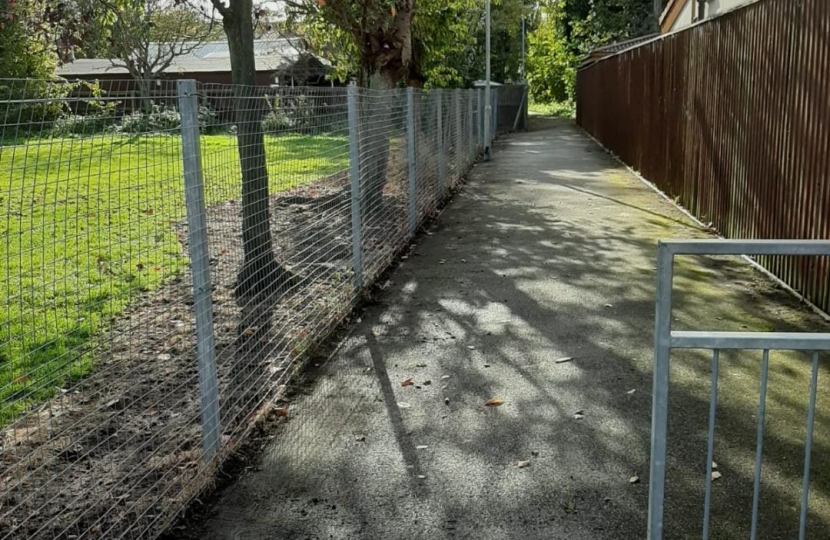 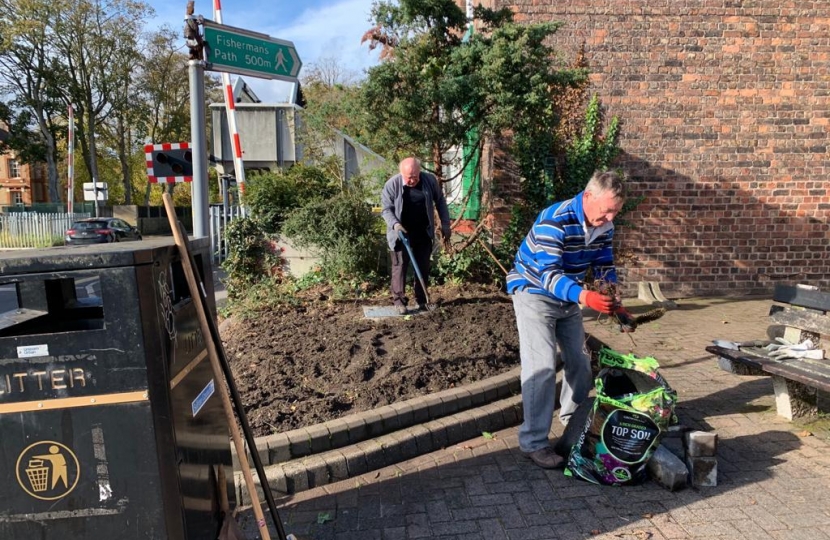 The latest campaign by Formby Conservatives’ Land Army of community volunteers saw no fewer than three sites being worked on simultaneously - taking advantage of the autumnal sunshine.

The addition of topsoil and the planting of spring-flowering bulbs was the order of the day at Freshfield Station. The clearance of the walkway between Rosemary Lane and Lonsdale Road was completed. And the landscape feature at Harington Road shops was given its first maintenance ‘grooming’ since being initially mown and weeded.

Parish councillor Joe Riley, Harington Ward Conservative candidate for the May 2021 Sefton MBC elections, said: “All these projects, taken together, are beginning to make a real impact on the environmental improvements for the whole of the ward.”

Martyn Barber, SCCA chairman said: “The work being done in Harington, which has also included reclaiming the Post Office garden, could fill a whole booklet, let alone a leaflet.”