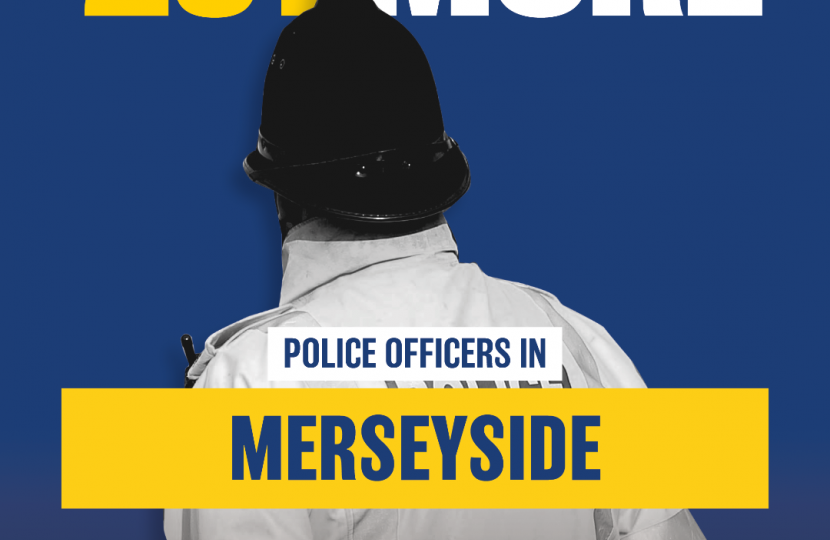 It was announced last week that the Government is ahead of schedule to hit it's target of 6,000 new officers by March 2021. With a goal of 20,000 new police within the next 3 years.

Local Conservative Candidate for PCC Bob Teesdale had this to say;

"It's great news for people here in Sefton and the wider region that 251 new police officers have now been recruited in Merseyside since last year.

"it goes some way to delivering on the people's priorities, to keep our communities safe.

"We are now well on course to deliver 20000 new police nationally within the next 3 years which will mean more police for Sefton and Merseyside are on the way."