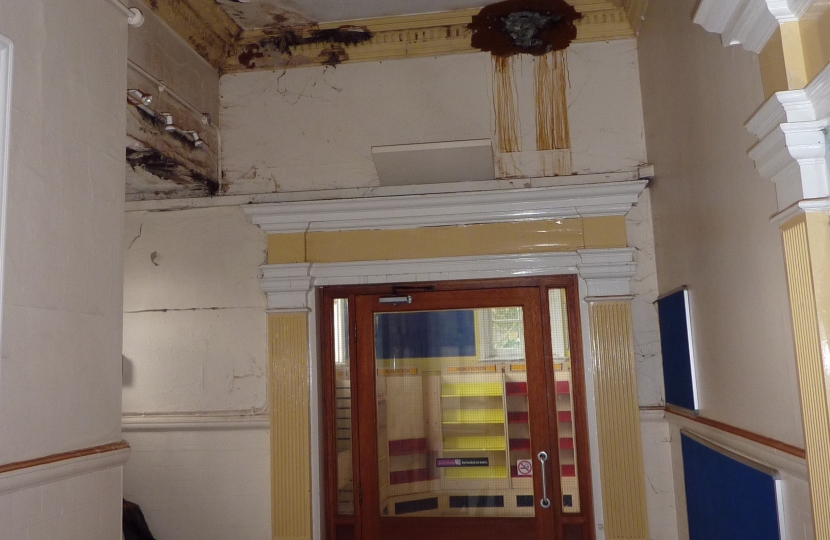 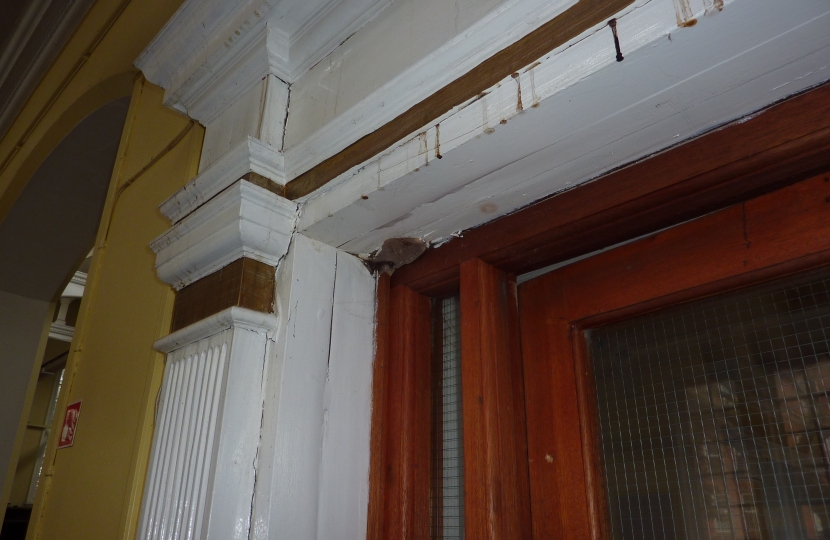 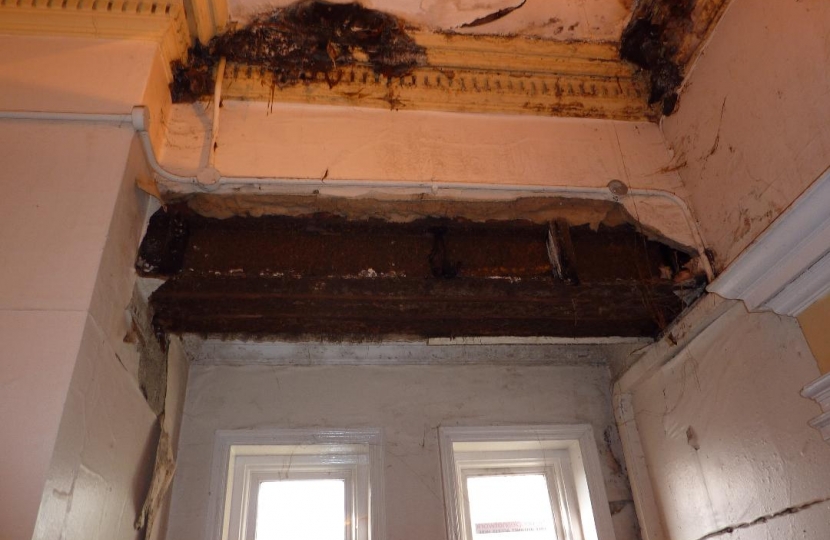 Labour Councillors Roscoe and Lappin are now proud to stand outside the former Carnegie Library which they closed in December 2013.

During the last 7 years the Labour Council has stood by and watched this Grade II Listed Building decay. The Councillors stopped maintaining the building. Their neglect allowed gutters to become blocked and rainwater to cascade through the building causing severe dry rot, decaying fine items of joinery and destroying plasterwork. Even the historic oak bookcases were affected by dry rot.

After several unsuccessful attempts to find a tenant the Council selected Cunard Construction Ltd, a Liverpool-based contractor, following a tendering exercise which ended in November 2019. Cunard’s proposals to the Council suggested they would convert the building into a business hub, community café and use the premises as their own headquarters. They also offered the Council a premium of £25,000.

Cunard Construction Ltd started clearing out debris from the building and the grounds. They also commissioned their own condition survey which revealed that works to eradicate the dry rot would cost over £30,000 – considerably more than they had expected and more than the Council’s own survey had suggested.

As a result of these additional costs the Council agreed in an Issues Paper on 12th August 2020 to amend the terms of the Building Agreement and Lease, including waiving the £25,000 premium which had been offered by Cunard Construction.

The Council’s neglect of this building has clearly lost the community the £25,000 premium which was to have been paid. In addition, Cunard Construction has encountered costs which greatly exceeded the Council’s estimate when tenders were invited.

Cunard Construction have submitted an application for a Change of Use for the building and are seeking Listed Building consent to alter the premises. Whilst this Planning Application is being considered through the statutory process it is unwise for the Councillors to comment on the proposals lest they been seen to be pre-determining the outcome of the planning process.

Cunard Construction ceased all work on the building before Christmas whilst they awaited the outcome of their Listed Building Application. No lease has yet been signed and funding for the building’s adaptation has not yet been obtained. Requests for financial support from the Council have been rejected.

Massive thank you to the voters of Sefton Central

Thank you to all those who took part in the elections; staff, volunteers and most importantly of all, the voters.