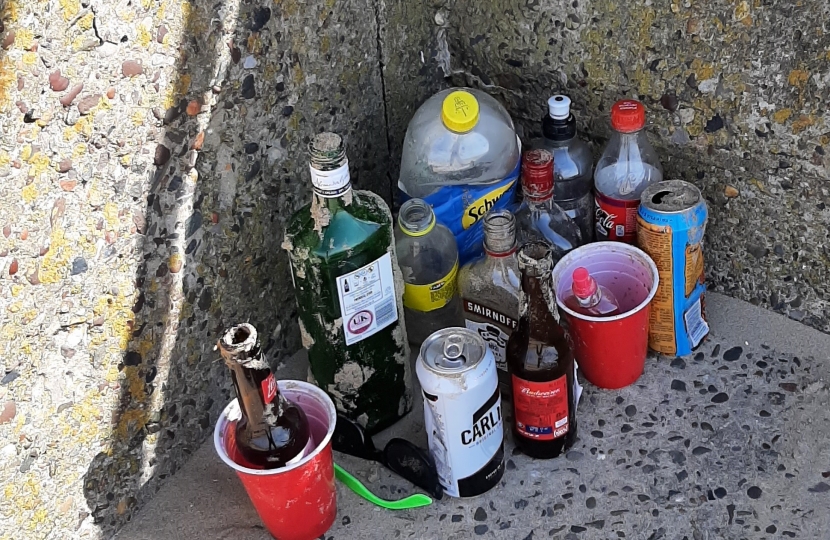 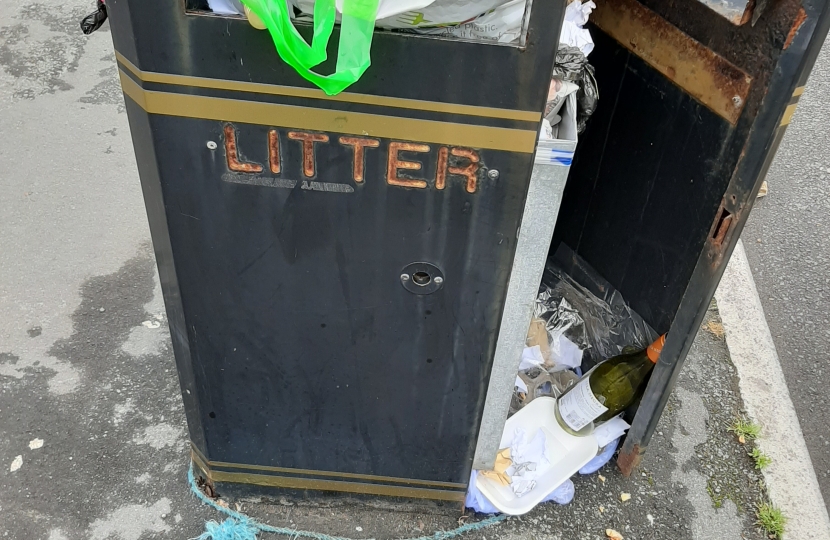 How ironic that “My Sefton” has this week announced its support for the Keep Britain Tidy Group’s Great British Spring Clean Campaign. Doubtless we shall see our Councillors and local MP’s taking the opportunity for another photo-shoot.

Cllr Ian Moncur – Cabinet Member for Health & Wellbeing -, said “Litter continues to be an issue along our coast, in our parks and green spaces.”

How very observant of him, but has he asked the question why?

The attached pictures show the sort of rubbish left on the shore by thoughtless and selfish visitors to our coastline. Notices have been put on the railings encouraging people to use the bins.

There is a chronic shortage of litter bins along the seafront between Waterloo and the Coastguard Station. The few bins which do exist comprise an assorted collection of decaying timber bins with no lids or steel bins which are rusting and broken.

Would you believe that Senior Managers of Sefton Council have spent 18 months debating what type of bins to buy. Some of these Officers are paid over £100,000 per year but they find it challenging to select a suitable litter bin for our seafront.

Haven’t they looked at how other seaside council’s manage or are Sefton Council again sticking their heads in the sand to avoid making a decision. Perhaps they need a “fact-finding” trip to an exotic overseas resort to see how litter is handled?

Meanwhile the rubbish piles up, while they prevaricate.

Funding is available, so the old austerity argument won’t work. Apart from the Green Sefton Budget there are funds in Locality Services, especially since the blue recycling bin project has been quietly abandoned.

And then there’s the Area Budget, to be spent at the discretion of the Ward Councillors. The Ward Funds budget hasn’t been updated on the council’s website since 2018/2019 when it showed Blundellsands holding unspent funds of £10,191.96.

Ironically, the budgets are shown in a section marked “Transparency” – enough said!

Even when funds are available our Labour Councillors are incapable of spending the money which we as ratepayers have provided.

Cllr Moncur concludes by thanking the “dedicated volunteer groups who spend their own time helping to clear their local outdoor spaces, setting a real example of how our communities have a role to play in keeping our Borough looking great.”

(Where were the Labour Councillors in Maghull, when Conservative supporters and other volunteers spent their weekends repainting the subway and carrying out litter picking?)

Oh, and the Council is so proud of its Management Structure, the last update was on June 2020, since when there have been several changes of personnel.

No wonder the hard-working front-line staff don’t know who their leader is.