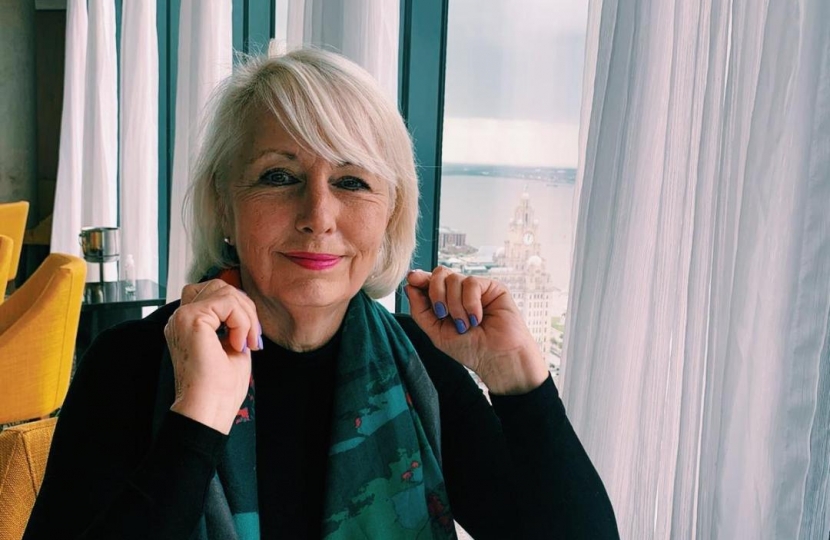 My name is Jan Blanchard and I have lived in Thornton (Manor Ward) for all but 9 years of my life.

My paternal grandparents came here during the war with their dairy herd to bring milk to Liverpool. They started on Monfa Road in Bootle and later moved to Thornton during the 1940's.

My maternal grandparents had a garage in Seaforth which became unsafe after being bombed during the war. They moved to Crosby and then later to Edge Lane in the Thornton Parish.

I was educated at Stanfield and Streatham House. I also attended Kirby Technical College for 2 years.

I have been self-employed for most of my life and had a design and soft furnishings company for 36 years. I now work for myself in care and general work required by the local community, as well as assisting my family.

I love our local area and if elected as your local councillor would do my best to make it an even better place to live. Labour have neglected Manor ward, and not one of their local councillors lives in the ward, or even in Crosby or Thornton.

If you live in Manor ward (Crosby, Thornton, Little Crosby, Homer Green or Hightown) and have an issue or local problem that you would like to raise with Jan, please contact the Association on Tel: 01704 807727 or email crosbytoriesuk@aol.com