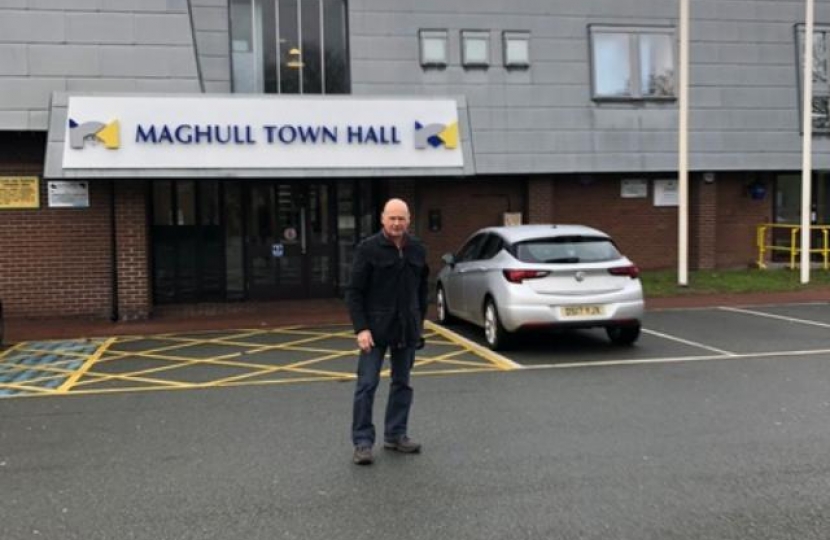 From May 2019, Thomas and Kenneth Hughes have been serving as Town Councillors on Maghull Town Council. For too long Labour has held a monopoly within the policy making decisions that happen in Maghull. Both new Councillors strive to provide a real opposition in our town and aim to work together with local residents, businesses and charitable organisations to deliver what is best for Maghull, irrespective of their political beliefs.

In the 4 months, both Councillors have already began working productively. Cllr Kenneth Hughes has worked in conjunction with Maghull Health Centre after various complaints from businesses on Stafford Morton way about the unfinished and poor state of the hedges and foliage. The hedges were left overhanging and were still extruding onto Stafford Morton Way, added to that the hedge cuttings were not collected. Complaints were made about the overhanging trees and the danger of falling branches. It was resolved that work be carried out on the hedges to completion, and work would began on the overhanging trees.

Cllr Kenneth Hughes has also criticised the recent traffic management plan for the Turnbridge Road housing site. After several residents on Green Lane were appalled that wagons were travelling down outside the agreed working hours and breaking the agreed speed limit of 15mph. Both Cllr’s raised concerns with Park Labour Cllr John Sayers but the problem was eventually resolved when Wainhomes enforced the plan with more oversight. No further complaints have been lodged by residents since.

Cllr Thomas Hughes has also recently started lobbying Sefton MBC for a guardrail to be placed on the slopes of the A59 underground Subway outside the “Square”. Many cases including one recently of an elderly woman slipping, causing major injuries has raised comments that a guardrail is needed. One resident contacted Cllr Thomas Hughes after being ignored by Sudell Labour Cllr Patrick McKinley over this issue.

After the recent incursion of Travellers entering KGV playing fields, both Cllr’s have also proposed that Rise and fall barriers be installed at the vehicle entrance of the field, which at the moment is open for any vehicles to illegally enter. Both Cllr’s feel this plan is cost effective and keeps the atmosphere that KGV is open to all.

Maghull and Lydiate Conservative invite residents to bring forward any complaints or concerns they feel relevant, no matter how large or small it may be. Cllr Thomas Hughes commented “In such a short amount of time we have established many achievements that we can be proud of. However, our work has only just begun, there are still problems in our community that Sefton Labour have continually ignored. Irrespective of your beliefs we serve to help the people of Maghull and Lydiate and any issue that you bring to our attention we will try are best to solve.”

Your questions answered by Matt Hancock, Secretary of State for Health and Social Care