TURNING THE TIDE IN SEFTON 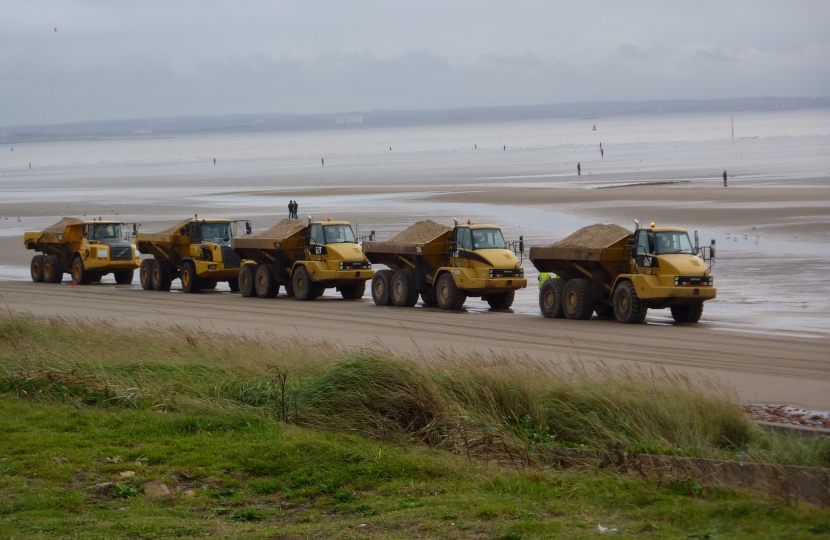 In August 2021 we highlighted the Council’s failure to produce a strategy to safeguard our fast-eroding coastline and address the problems of flooding in our community. Deadlines slipped and a business plan which was due in 2019 failed to appear.

We can now report that on 3rd February 2022 the Cabinet will receive a report setting out a risk management strategy and business plan to address the problems of flooding and coastal erosion.

The Business Plan is well-worth reading. However, don’t expect any speedy solutions, despite the Council leading or being represented on 16 working groups.

The problems of localised flooding and coastal erosion have been well-known for decades and we look to our Council, as the responsible authority, to devise a solution to safeguard our environment.

The Council’s report states that the shoreline management plan is reviewed every 10 years and has 4 policy options:

Regrettably the report makes no strong commitment about which strategy it is taking, how it is to be funded and when it is to be implemented.

The main issues in the coastal area, according to the Council, are:

And the Council’s response to this potentially catastrophic situation is:

Sefton Council are working with partners to secure funding for the delivery of this scheme. This scheme is subject to the availability of funding and planning approval processes but, if successful, is likely to commence during summer 2027.

These issues are not new and were discussed in a Cabinet Report in December 2009. Members agreed then that plans should be developed to protect the area between the Coastguard Station & Hightown and need to be brought forward and implemented “as soon as practicable.” It was also agreed that the Council needs to discuss the repair of the "Training Bank" with interested parties. Some 12 years later there has been little progress.

The Hightown coastline is an area of especial concern.

In 2009 a scheme was designed to rebuild the dunes at Hightown to where they were in the 1970s, to delay the time needed for further intervention and to formalise defences around the Blundellsands Sailing Club. It was anticipated that this would extend their life by 30yrs. The works were carried out in 2011 but subsequently much of the sand has been washed away or eroded during storms in 2013/14 and 2020. An assessment study was undertaken in 2020/2021 to provide a range of options which would be dependent on future coastal processes.

The key areas of concern are:

And the Council’s response to this potentially catastrophic situation is:

Hightown. The report sets out potential flood risk management options for consideration by Sefton Council and potential times and locations for their deployment.

The Cabinet Report also looks at issues relating to flooding problems across the Borough. Since 2008 Sefton Council has been the lead authority for flood risk management.

The response is that:

Flood modelling has been updated and Hotspot analysis of Maghull, Formby and Seaforth & Litherland is complete. The Seaforth & Litherland Report did not identify any significant flooding hotspots that would need to be taken forward for development. The Formby flooding Hotspot Assessment identified areas that would be taken forward for Option Assessment and a draft assessment report has been produced. The Maghull Hotspot report is currently being drafted and further Hotspot Assessments will be undertaken for Hightown and areas north of Formby up to and including Southport.

Regrettably there are no solutions indicated or dates offered when any remedial works will take place.

Over recent years Maghull has exhibited severe flooding problems which will worsen when the numerous new housing sites are developed on former agricultural land.

Maghull has suffered from a number of flood events in recent years across the town but notable flooding has occurred through both river and surface water or a combination of both. Each of the Risk Management Authorities has looked at schemes to reduce the risk but the viability of these has been limited.

The Maghull Strategic Planning Group has been set up with the aim to provide recommendations that will act to resolve or reduce flood risk. The group is made up of the core risk management authorities EA, United Utilities, Sefton Council. The group also works in collaboration with wider partners such as Mersey Rivers Trust, Maghull Town Council, Canal & Rivers Trust and Alt Crossens Catchment Partnership. This group reports findings to the Sefton Flood Resilience Strategic working group which is chaired by the deputy leader of the council. The groups purpose is to work collaboratively and strategically to develop a strong common understanding of flood risk from all sources, alternative / innovative actions to reduce flood risk, feasibility assessments and delivery routes for solutions.

The Council’s comments are that:

reducing flood risk in Maghull. Previous options for Fouracres and Whinney Brook were considered unfeasible based on cost-benefit analysis, therefore, more holistic ways of reducing flood risk are being considered. A ‘Catchment-System-Thinking’ approach is being considered which will help to incorporate a higher number of smaller flood alleviation projects with the aim of reducing overall flood risk in Maghull and provide multiple benefits.

Elsewhere, in Ainsdale and Birkdale, some 225 properties are affected by surface water sewers being blocked by sand as they discharge through watercourses onto the foreshore.

Whilst it is encouraging to see that the Council is slowly facing up to the reality of coastal erosion and flooding it is alarming that as the lead authority since 2008 it has failed to demonstrate an adequately researched and costed solution to the problems.

In 2009 the Council’s idea to shift 66,000 tons of sand from Crosby and Waterloo to Hightown to create sea defences was an imaginative idea. Design and planning took 2 years and in 2011 a contract was awarded which we were told would safeguard that section of coastline for 30 years at a cost of over £1.5m. It lasted just 2 years.

Throughout the area of Sefton Central there has been a push by this Council to promote housebuilding on greenfield agricultural land, with little or no thought of whether the out-dated sewer systems could adequately handle the capacity.

Street sweeping and cleansing of road gullies are fundamental to help clear surface water from our highways but evidence across the borough shows that this is not taking place in a systematic manner and the frequency of gully emptying has reduced.

Participating in 16 working groups will not turn the tide in Sefton, nor prevent flooding in our residential areas.  Global warming, the changing shoreline and tidal surges are here to stay and solutions are needed urgently.  In 2013 alone, eleven metres of our coastline simply washed away, leaving at risk houses in Hightown and Blundellsands and the major interceptor sewer which runs along the shoreline to the Sandon Dock sewage treatment works.

This Council urgently needs to demonstrate genuine leadership by identifying the true scale of the problem, devising a solution to address the issues and producing a compelling bid for funding.

Time and tide will not wait!